This film is titled "Living Dolls (Dolls Obsession Documentary), a part of the Real Stories series on YouTube. It chronicles the life stories of 4 doll collectors. It is fascinating because each person is totally different from the other and yet there are common threads connecting each of them. From the YouTube description:

An intimate look at the weird and wonderful subculture of doll collecting – featuring a young mother who spends more money than the family earns to feed her habit; a Barbie-loving man who never left home; an animator who transforms dolls for an epic robot-porn film; and a married man who believes love dolls give him the best of both sex and art. Living Dolls is a surprising, humorous and engaging documentary that opens the door to a fascinating array of collectors and their collections. It taps into why these colourful characters’ lives are ultimately shaped by their obsession. Some are loveable, others you may love to hate… Debbie - married with two young children, believes her Ellowyne fashion dolls mirror her moods: ‘Most of the Ellowynes, if you look they aren’t really smiling… maybe I like that so much because… deep down that’s how I feel.’ Mike - playful but cloistered, always dreamed of Barbie but personally liked Ken: ‘I don’t smoke, I don’t drink, I don’t do drugs. We need something to do with our money. For me, it’s that girl in pink… Just talking about Barbie lifts my spirits.’ Michael - aka Robo-Mike, is a talented artist who seems to have lost his way: ‘Animating this stuff is sort of like playing with dolls. They’re inanimate objects disguised as robots, imitating humans.’ David – the Hugh Hefner of the silicon doll set, has a wife and a collection of love dolls; he puts the dolls on a pedestal and then tries to get on it himself: ‘This is not a vibrator, this is an artificial replica of a real human being. A blow-up doll is one thing, but these are art.’

My Vati has always been fascinated by the entire doll collection vs playing dichotomy. This film contributes to the discussion, offering some insights into both.

I wonder if those who watch this will see themselves in any of the 4 participants in the movie.

Popular posts from this blog

Porky pig has the last word 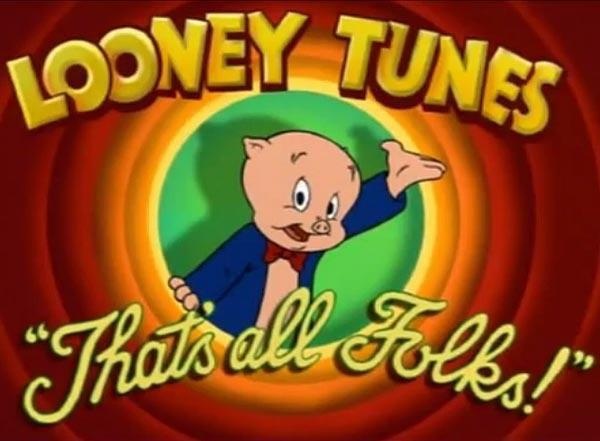 
Jesse: When I was a kid, I used to watch the Saturday morning cartoons, my favourite being Looney Tunes.  At the end of each programme, Porky Pig would stammer, "That's all folks!" marking the end of the best part of a Saturday morning.  I thought it was an appropriate way to start the blog post as this is the last entry I'll make in this diary.
Originally, I started this blog to showcase Adam and to counter the extremely negative comments I read on the internet about him.  Angelo, who used to have his own PictureTrail account, is a regular ham and wanted his time  again in the spotlight.  The thing grew from there into what it is today.
It's now come to the point that I have to call it quits because, quite frankly, I have nothing left to say.  I am not clever or creative; when I look at other doll blogs, I see that mine sadly pales in comparison.  I have looked down the well of inspiration and found it is empty.  I don't want to end up sinking into …
Read more 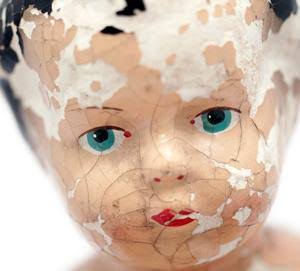 Angelo:  I think you'll enjoy this lovely poem by a man about his doll.

It was written by Charles Kingsley (12 June 1819 – 23 January 1875), a broad church priest of the Church of England, a university professor, social reformer, historian and novelist.  I cannot find anywhere an explanation of why he wrote this poem.  Perhaps, it was a remin…
Read more 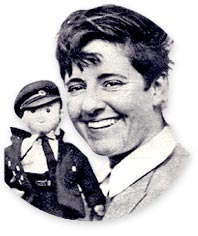 Dear Diary,
Jesse:  About 25 years ago, in the age of paper books, I read a story about a famous woman and her boy doll.  I was totally taken with the story and I never forgot it.  In fact, it was to have a huge influence on my doll play and collecting.
A couple of years ago, I was thinking about the story and I wanted to find it again.  As advancing age and retreating memory does, I couldn't remember any names and I had many of the details mixed up and incorrect.  I remembered the basic story, however, so armed with sparse information, I began the current age Google Search.  It was a hard slog, going down many dead-ends because of my incorrect remembrance of facts and the scarcity of factual information.  I refused to give up and I kept trying all kinds of combinations of information until, at last I found what I was looking for.  Eureka!  This is an abbreviate story about Joe Corsairs and Lord Tod Wadley.  (The information is taken from various internet sites.)
Marion Barbara '…
Read more

Angelo's Papa
I'm Jesse, a guy who likes guy dolls – a variety of special boy dolls which I believe have quality features and a special allure. After a period of serious doll collecting, I pared my collection down to just one boy doll. His name is Hans and he was made by Kathe Kruse in 1943 in Germany. I decided to start this page so I can share the life of this lad. Currently, I live in New Zealand with my husband, his vintage & antique stuffed animal collection and our 4 rescued dogs, the goats and chickens..